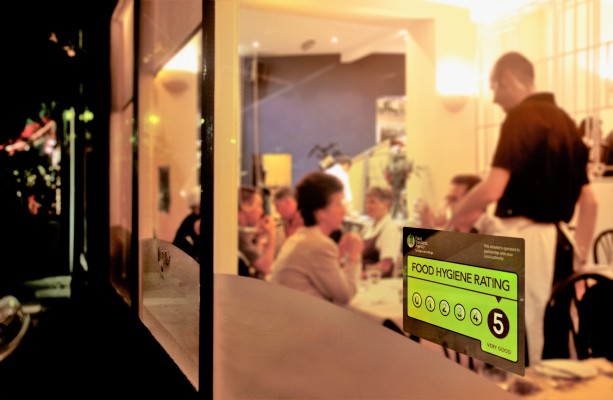 The worst and best places in Britain for food hygiene standards

A recent Which? investigation researched the FSA’s publicly accessible food hygiene ratings. It discovered that food outlets in parts of the London borough of Bexley had the worst hygiene standards out of more than 2,000 postcodes. Nearly half of its eateries inspected (45%) rated as lower than “generally satisfactory”, the watchdog found. In contrast, none of the food outlets inspected in Birmingham’s B35 area received a score below “generally satisfactory”.

A number of convenience store chains also had around a fifth of their outlets inspected rated less than “generally satisfactory”, including Best-In and Best-One (22%), Costcutter (21%), Premier (21%) and Londis (20%).

But some major chains had no poor scores recorded at all, including Carluccio’s, Eat, Marriot Hotels, Premier Inn and Zizzi.

A survey to accompany the study found that 75% of consumers would not eat at a food outlet that received a hygiene rating below generally satisfactory.

Which? executive director Richard Lloyd said: “We want everywhere that serves food to the public to display their hygiene score prominently so people can make an informed choice.”

It is completely unacceptable that so many food premises, many of which appear on most high streets, scored below ‘generally satisfactory’ on the food hygiene rating scheme.

Popular high street food outlets must seriously consider improving the way they conduct themselves: they need to remind themselves that they are responsible for ensuring high standards of food hygiene and for making sure the public are safe. If they are not receiving a high score they need to change their food management systems and invest in high quality food safety training for their staff.

The CIEH supports a mandatory nationwide hygiene rating scheme. At present Wales is the only country in the UK bringing one in. A recent survey conducted by our office in Wales and released at its public health conference indicated that a food hygiene rating scheme did incentivise businesses to improve standards but strong and robust local authority enforcement remains the primary driver for better standards of food safety.