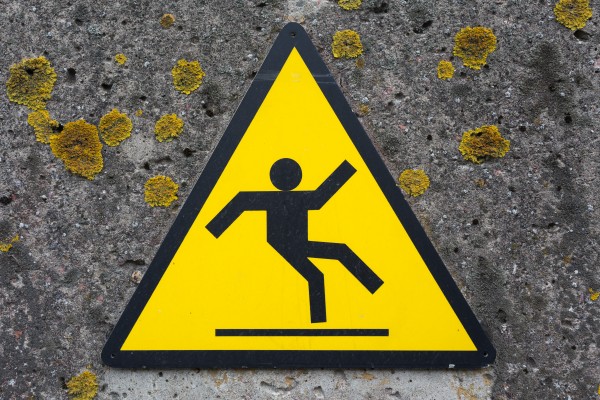 Morrisons Supermarkets has been fined £17,500 after a worker fractured her elbow when she slipped at a store in Ipswich.

In June 2008, an environmental health officer from Ipswich Borough Council made a routine visit to a Morrisons store in Sproughton Road. She warned the store’s management about a potential slip hazard behind one of the food counters, where smooth terrazzo tiles had been installed. The tiles are highly polished and smooth and become extremely slippery when oil or grease is split on them. The store’s risk assessment had identified the issue but had failed to introduce any control measures.

The EHO recommended that the company either provide workers with protective footwear, or add a resin coating to the floor to increase slip resistance.

On 4 December 2008, an employee at the store slipped on some tiles, which were positioned behind a counter in the oven-fresh area, after there was a spillage of grease. She suffered a serious fracture to her right elbow and had to undergo three operations to repair the damage. She was unable to return to work for seven months and still suffers constant pain in her elbow.

As part of the investigation into the incident the council worked with experts from the Health and Safety Laboratory (HSL) to measure the slip resistance of the tiles. The results showed that there was a high risk of slips when the floor was contaminated with water, or oil.

Ipswich Borough Council issued three Improvement Notices to the supermarket for failing to take action to protect workers from slipping on the tiles in three separate areas at the store.

Investigating EHO Rosemary Naylor revealed that the slip risks were present in other Morrisons stores across the country where the same tiles had been installed. She said:

“This serious accident could have been easily prevented had the company acted on my previous written warning and reduced the risk of staff slipping in these areas by improving the floor surface and/or providing anti-slip footwear. “Our investigation revealed this type of accident continues to occur in food preparation areas in their stores across the UK. I hope this prosecution sends a message to all food businesses that they need to protect their staff from slipping hazards in their kitchens.”

WM Morrison Supermarkets plc appeared at Ipswich Magistrates’ Court on 5 September and pleaded guilty to breaching s2(1) of the HSWA 1974. In addition to the fine it was ordered to pay full costs of £32,482.