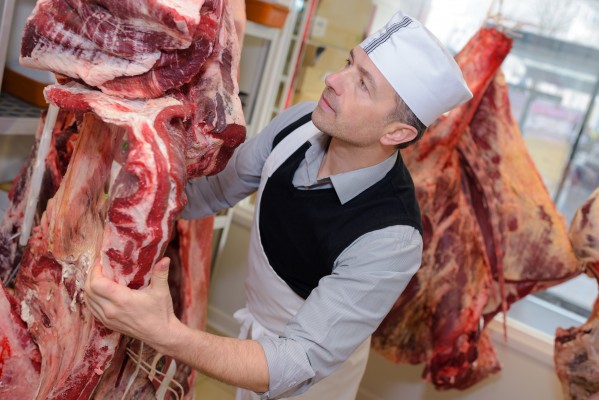 1. Rapid chilling – this exposes the surface of the meat to extreme cold to rapidly reduce its temperature for a short time without freezing the flesh

2. Lactic acid – the meat is sprayed with a solution of dilute lactic acid, a naturally occurring substance present in foods such as yoghurt

3. Hot water or steam – the meat passes through a hot water bath or is exposed to steam in a chamber or tunnel

4. Ozone – the meat is exposed to ozone gas or dipped into or sprayed with water containing ozone

According to the survey’s findings, rapid chilling of meat and the application of hot water or steam emerged as the two treatments consumers would find most acceptable. Treatments using lactic acid and ozone were initially considered less acceptable, however, when consumers were given extra information on lactic acid, its acceptability increased significantly.

“This research is extremely helpful in informing our efforts to tackle campylobacter. We have to ensure that whatever interventions we might adopt; they must not damage consumer confidence in food.”

“The findings suggest that providing clear information about the treatments, such as what they are and how they work, would have a positive impact on the public acceptability of new treatments such as these.”

Campylobacter is the biggest cause of food poisoning in the UK, with the majority of human infections being linked to the handling and consumption of chicken. Slaughterhouse decontamination treatments could potentially have a significant effect in reducing the levels of Campylobacter, and other foodborne bacteria, that consumers are exposed to when handling raw meat. In other countries, reducing contamination levels on raw poultry has been followed by a corresponding reduction in human illness.